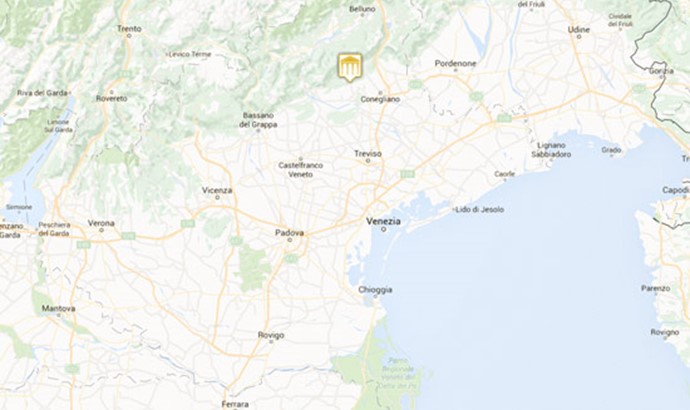 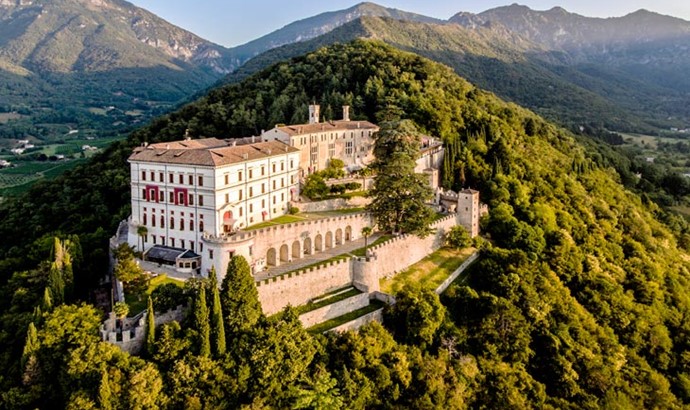 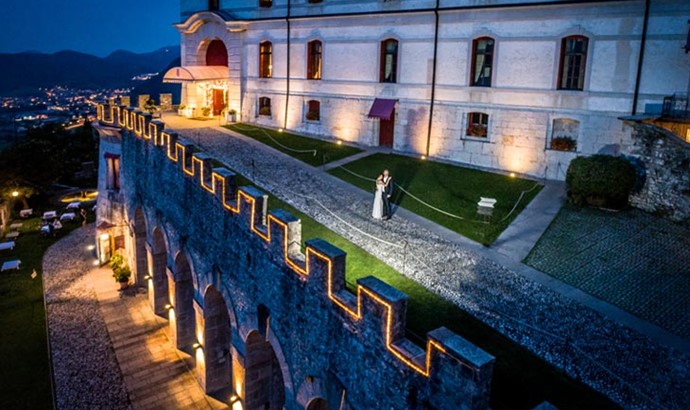 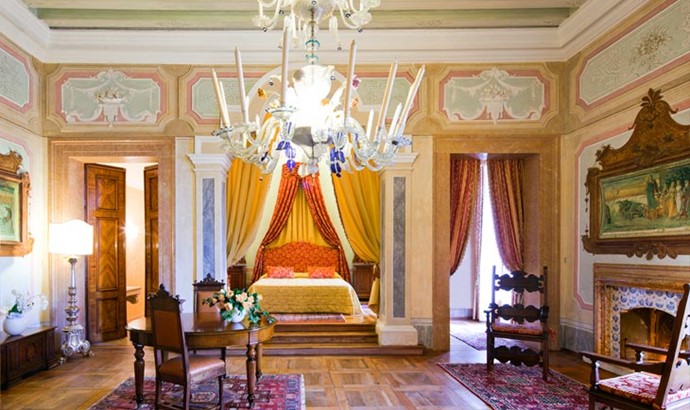 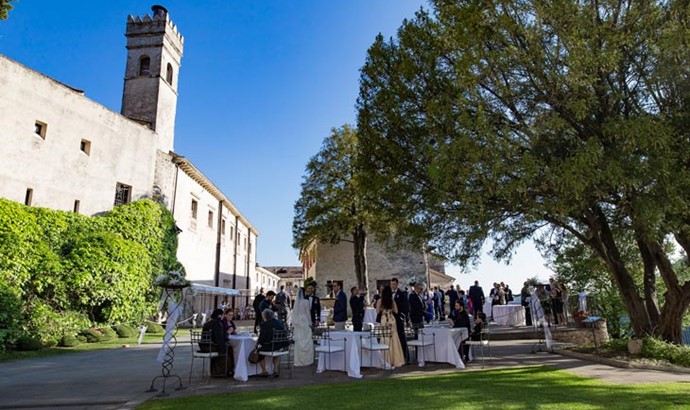 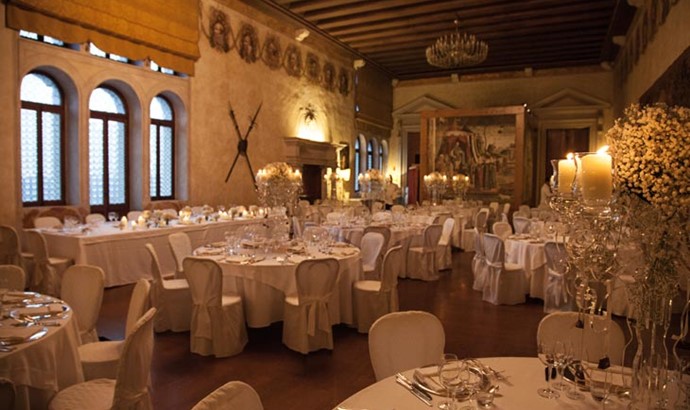 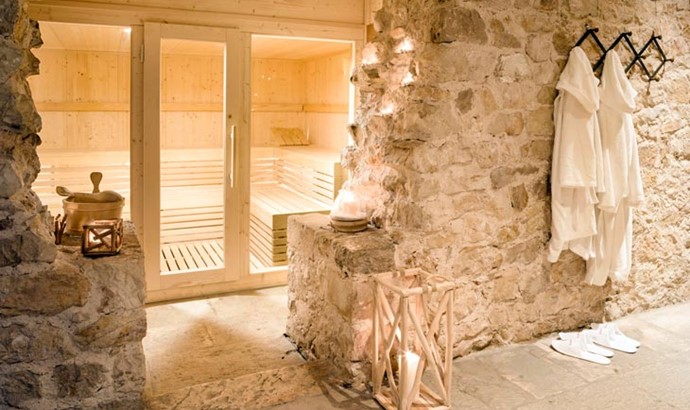 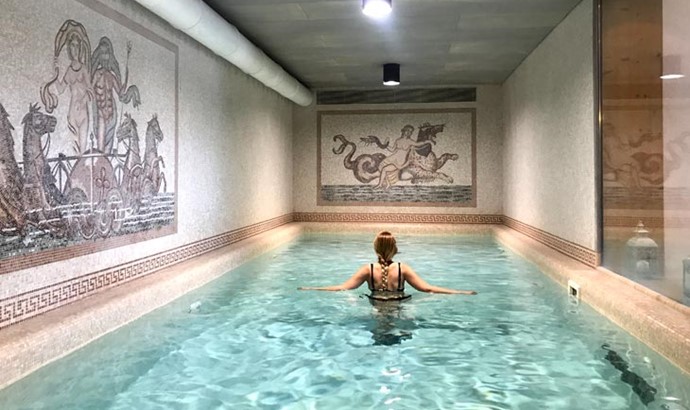 CastelBrando is one of the largest and oldest castles in Europe.

Overlooking the hills of Prosecco, recently UNESCO World Heritage, it is halfway between Venice and the Dolomites,  between two of  the most beautiful villages in Italy:  Cison di Valmarino and Follina.

The roots of CastelBrando date back 2000 years and represent an open page on the history of this territory and people, leaders and famous people, who made heroic deeds.

The first castrum was built during the Roman era, as a defense and control structure of the Imperial Via Claudia Augusta; then became the home of the Da Camino family, Marin Faliero, Brandolini IV and Erasmo da Narni, also know Gattamelata.

In the sixteenth century, under the Brandolini family, who more than others marked the history and character of the estate, the castle was extended in its central part with a Sansovinian touch, acquiring a Venetian elegance

The latest to be built is the eighteenth-century horseshoe-shaped structure designed by Ottavio Scotti of Treviso, an imposing and linear structure, of rigorous classicism.

In 1997 CastelBrando was bought and completely restored by private company, which brought back to it the charm of its glorious days.

Swimming pool: available for a fee

In the heart of the castle, the CastelBrando Hotel offers stylish rooms, suites and apartments provided with period furniture. The rooms make up the sixteenth and eighteenth century wing of the castle and have been restored under the supervision of the Cultural Heritage, maintain original size and structure and are all different from each other

Tradition and innovation blend harmoniously in the two cosy restaurants of the castle: the elegant and sophisticated Sansovino, or the more modern and informal La Fucina. In the most suggestive corners of the castle you will find bars and wine bars for an aperitif or a small snack.

For an unforgettable reception, CastelBrando offers future brides and grooms a trained staff, impeccable service and gourmet cuisine. From confetti and sugared almonds to the photographer, you can rely on CastelBrando for the entire organization of the wedding reception in the castle.

Within the splendid setting of the castle, there is a conference center consisting of 3 theaters and 7 halls, with the possibility of accommodating up to 1,800 people. Between historical charm and avant-garde technologies, the spaces can be managed in a modular way, and the definition of the details of the event is also personalized

it is ideal for stays and refreshments, starting point for visits to wineries, walks in nature trails, cultural visits and as Base Camp for MTB excursions among the wonderful Prosecco Hills, a UNESCO World Heritage Site

The 70 hectares of Castelbrando Forest Park, from 400 to 800 meters above sea level, are organized with a series of paths, paths ordered and passable in part both in MTB and especially on foot. They are also equipped with benches for resting, near the lakes or troughs, to admire the flora and fauna rich: eagles, hawks, roe deer, badgers, squirrels and many others, of this unspoilt nature reserve