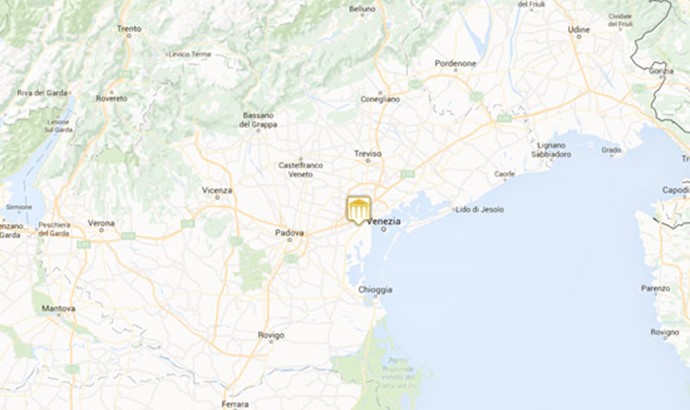 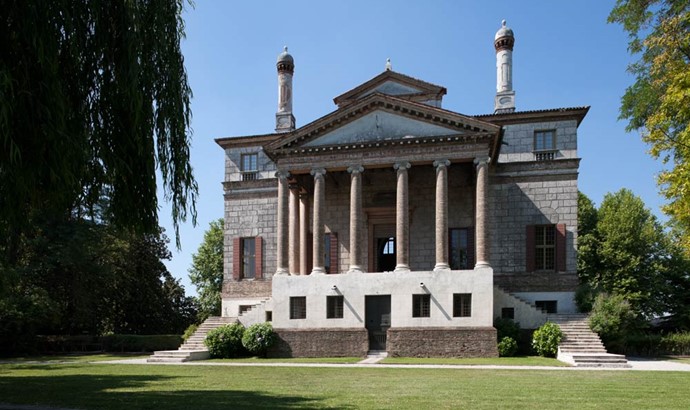 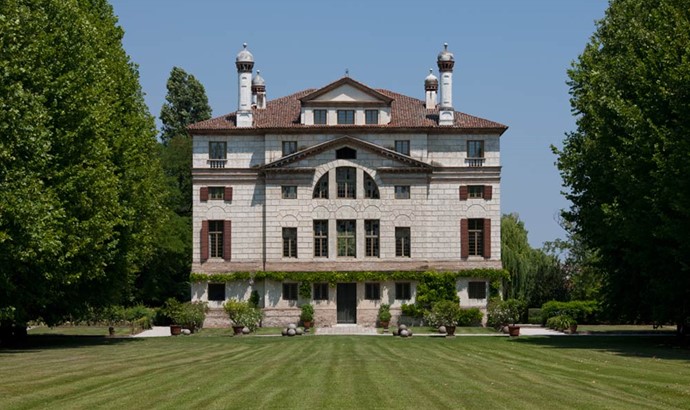 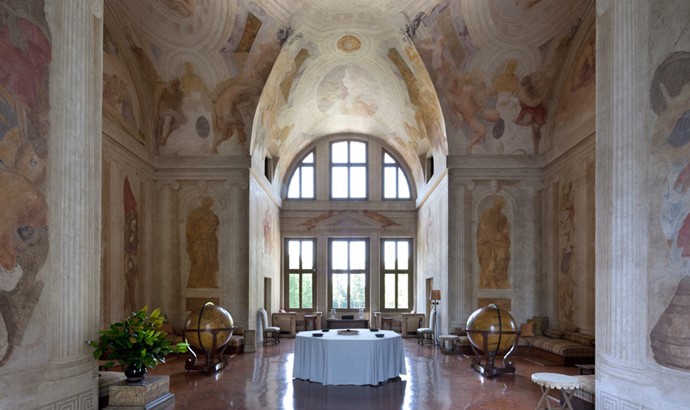 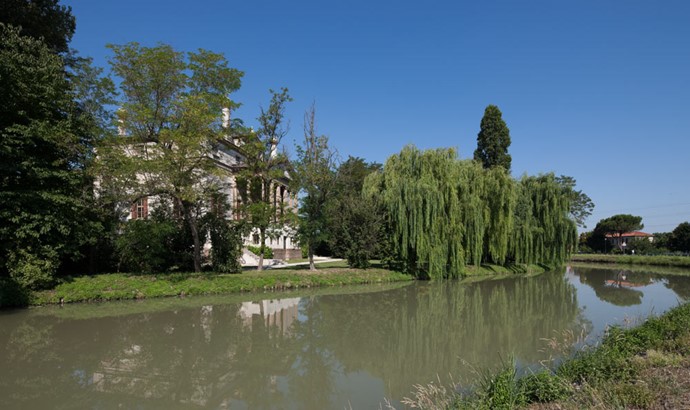 Villa Foscari, known as “La Malcontenta,” is a Palladian villa on the Brenta Riviera. Andrea Palladio built it in 1554 at the behest of two commissioners, the brothers Alvise and Nicolò Foscari, descendents of the Doge Francesco Foscari; it was the only residence designed by the celebrated architect from Vicenza in the province of Venice.

The architecture of Villa Foscari is a masterpiece of formal equilibrium: Palladio designed a perfectly symmetrical, three-story, central-plan building. The forms were inspired by a hexastyle Ionic-order temple.
The first floor of the Villa is decorated with a grand cycle of frescoes by Gian Battista Zelotti (who partnered, on many other works, with Paolo Veronese), with themes drawn mainly from Ovid’s Metamorphosis.

The present owners, descendents of the family that originally commissioned Palladio, completed renovation work begun in 1925 by its then-owner Albert Clinton Landsberg, who had found it in a state of total neglect.