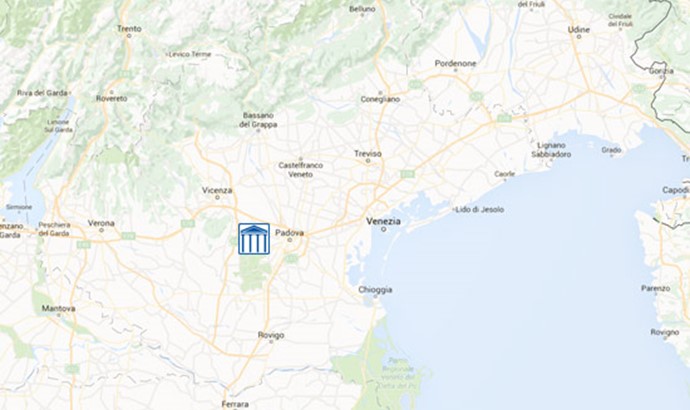 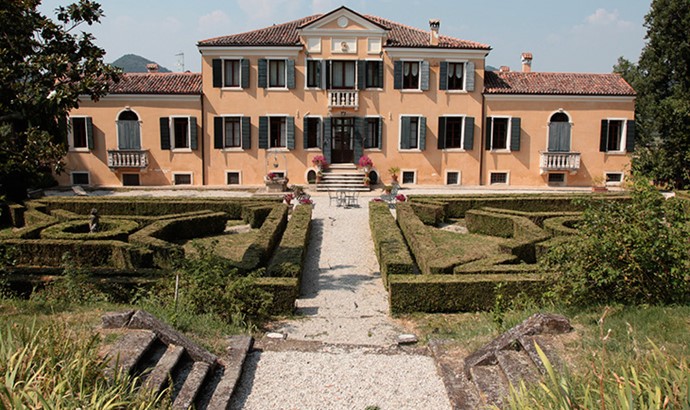 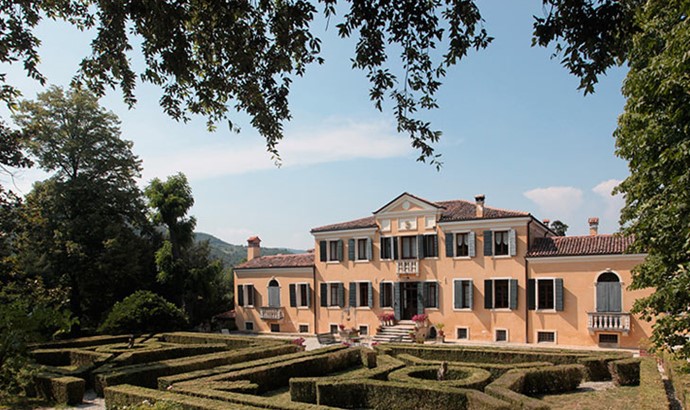 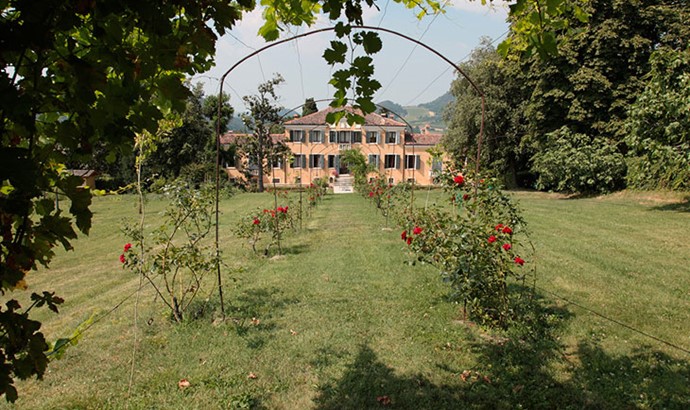 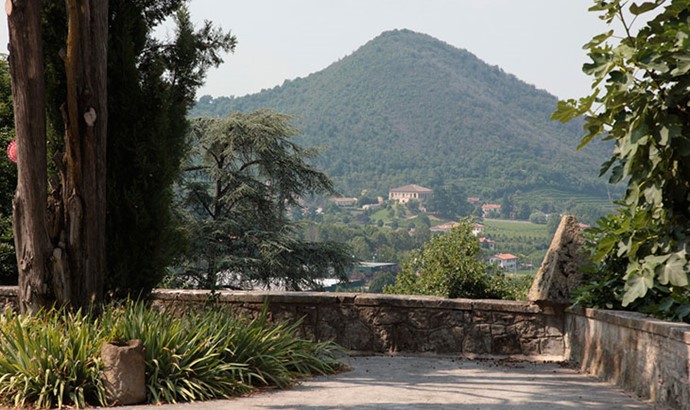 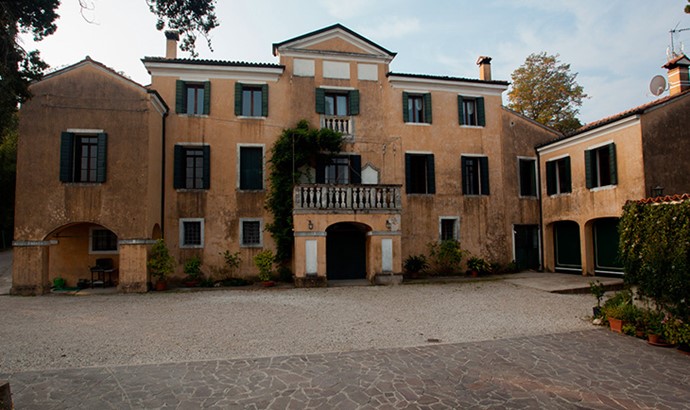 Villa Abate Barbieri-Verson is a Venetian villa situated in Torreglia Alta. Located in an isolated spot halfway up the hill, it stands out from the woody background of the Colle della Mira (the Mira Hill) on which once rose the Transalgardi’s Castle, later destroyed by Ezzelino.

The Villa was built around half way through the 17th century by the Gussonis, a noble Venetian family.

Later on, it was purchased by the Abbot Giuseppe Barbieri: he was originally from Bassano del Grappa, a Benedictine from the Praglia Abbey and successor of Cesarotti by gaining the professorship of Greek and Latin literature at the University of Padoa.

He made the Villa his home where he wrote "Veglie Tauriliane", an ode to the majestic serenity of the Euganean Hills. After his death, the Villa belonged to the Verson family. An ancient gate leads to a road lined by secular horse chestnut trees which takes you to the villa.

The villa seems to embrace, with its wide-stretched wings, the Italian-style garden whose unfolding is marked by geometric box-tree hedges.