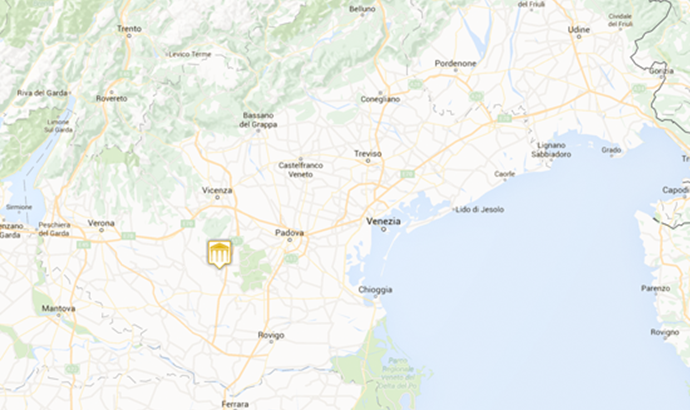 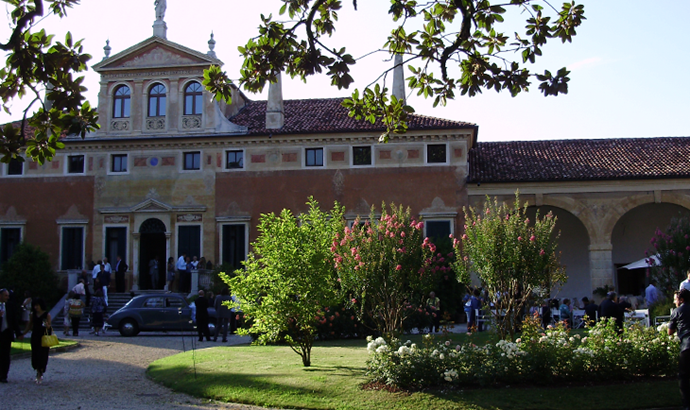 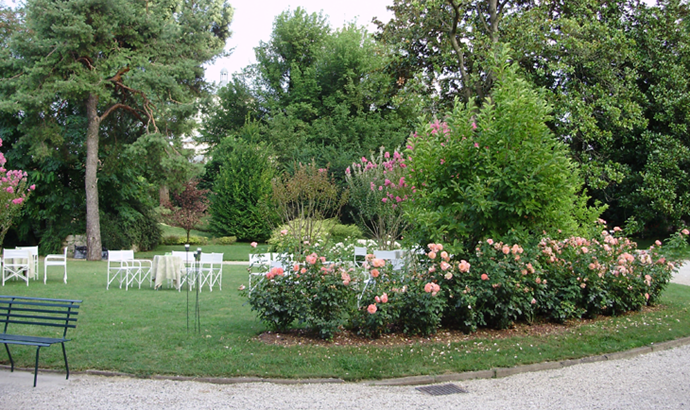 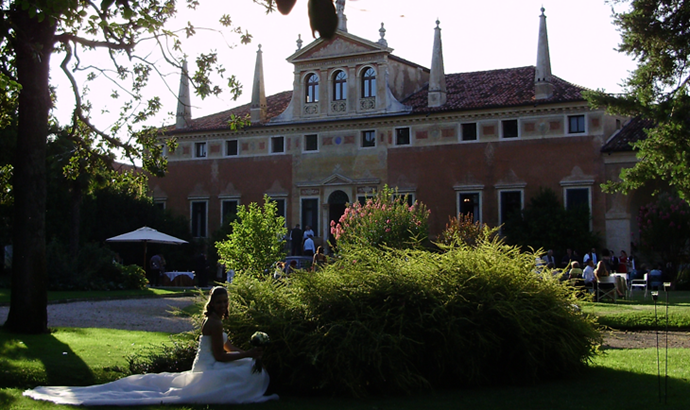 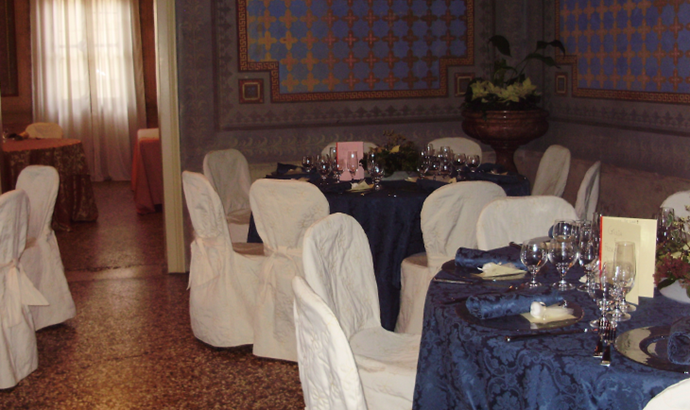 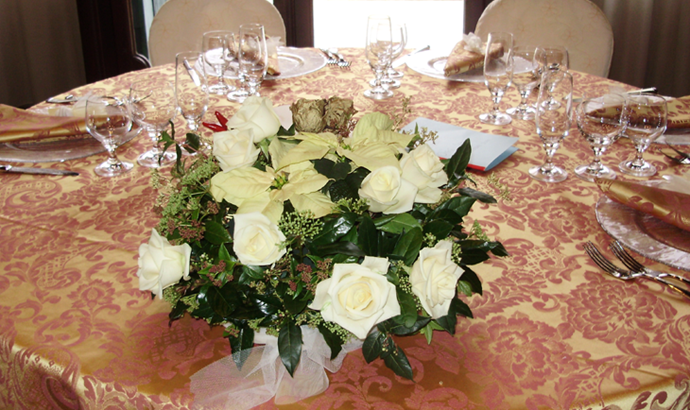 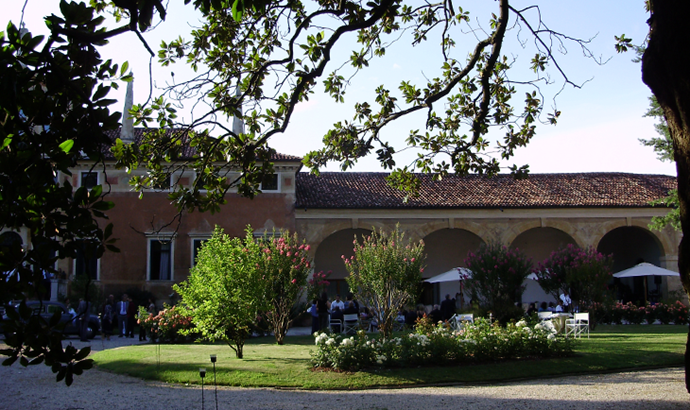 The villa develops around the large central hall on the first floor and has four frescoed rooms facing the front and four at the back. A large central dormer window and four very high pyramidal chimneys give vertical momentum to the frescoed facade of the building.

In 1882, Antonio Caregaro Negrin took care of the restoration: he concentrated the two previous orders of stairs in a single, central hall, to then refine the pre-existing dormer window with perforated balustrades and connected the entrance door with the two neighboring windows in a single molding. He also added frescoed decoration on the facade and between the arches of the barchesse.

The halls from the main floor have floors made of Venetian seminato, and the walls have been enriched with frescoes and temperas; the religious frescoes are very suggestive, which were recovered during the restoration of the large cellars.

Car Parking: private inside, outside the villa, Max 100

Coach parking: private inside, outside the villa, Max 10

The services offered by the Villa are inspired by the spaces and environments available: in the romantic private park you can host and create photo shoots as well as set up the reception while the large portico of the Barchesse is well suited to host a real banquet.

Inside, on the other hand, the large central hall and the adjacent rooms, together with the large barchesse hall, can be set up for aperitifs and receptions, in intimate, refined and rich in history environments.

Equipped with excellent visual and acoustic insulation, the rooms of the ancient cellars offer a space that can be customized according to your needs for lunches and for music and dancing until late at night.

We suggest both the central hall on the noble floor and the large room of the Barchesse, overlooking the large portico and the front garden of the villa; the rooms are all equipped with piped music and we have microphones, screen and video projector.