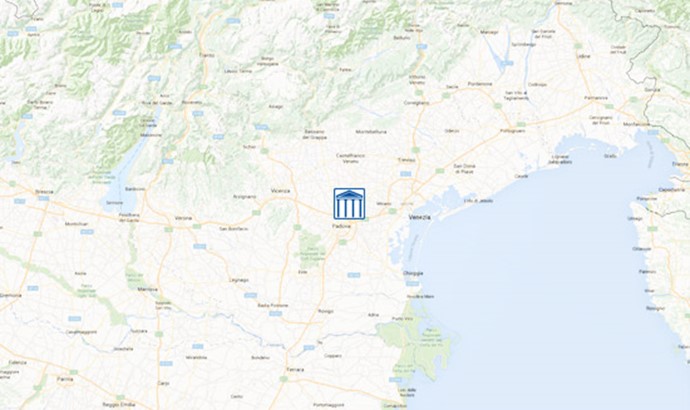 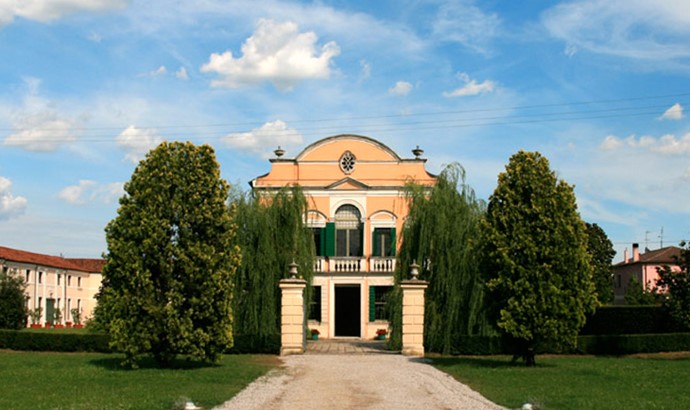 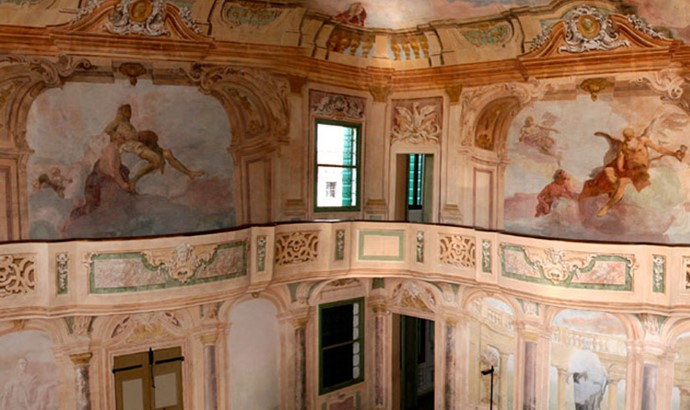 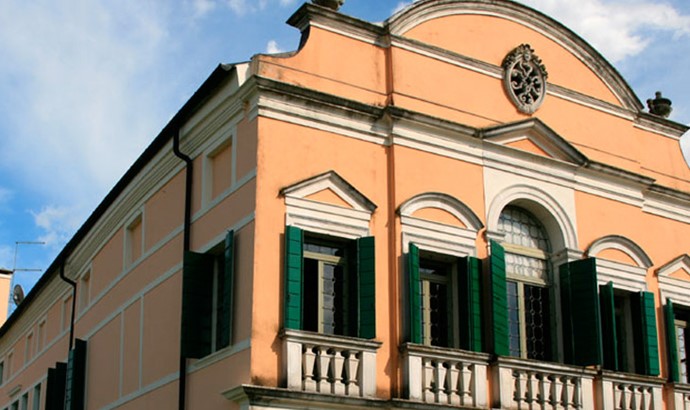 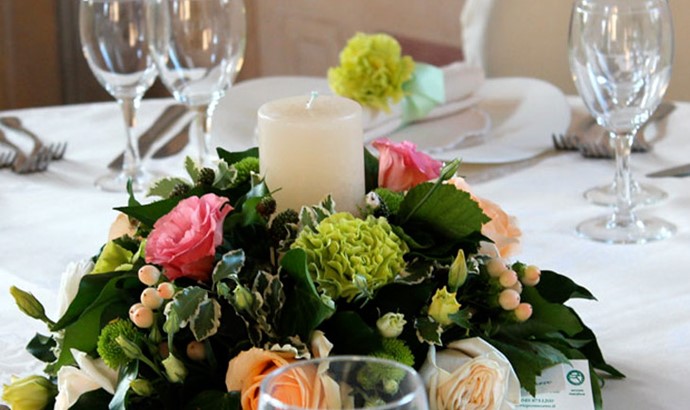 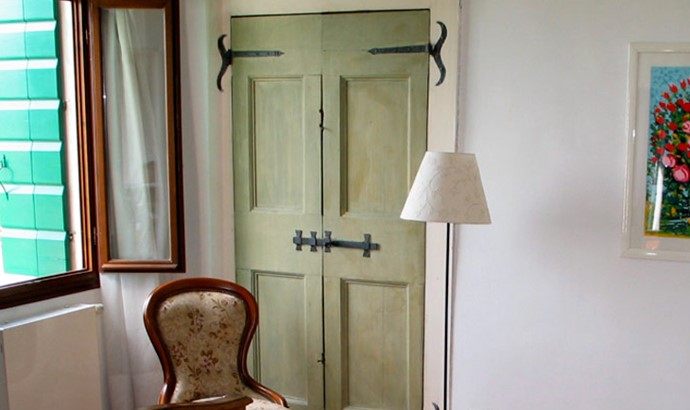 The Villa was built around the year 1750 as a holiday home by Nicolò da Ponte, who belonged to a noble Venetian family that owned large estates in the area dating back to the previous century.

The gem of Villa Ponte Vergerio is represented by its music room, which is decorated with wonderful frescoes attributed to Giovanbattista Crosato (1686-1758).

The frescoes celebrate the da Ponte family by portraying Nicolò as an ancient warrior with the goddess Fame at his side and the Lion of St. Mark at his feet.

North of the Villa, the family chapel is characterized by a small belfry; the chapel was consecrated to Saint Joseph in the presence of the bishop of Ceneda (now Vittorio Veneto), Lorenzo da Ponte.

As was customary at the time, the bishop bestowed his name on a gifted young boy from a Jewish family, who later became famous as Mozart's librettist.

Surrounded by a large, beautiful garden, Villa da Ponte Vergerio today hosts a bed & breakfast in the piano nobile, while the frescoed halls on the ground floor provide a venue for prestigious events and receptions.