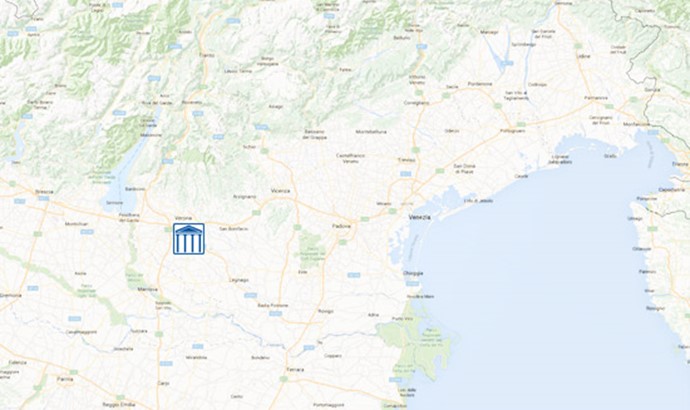 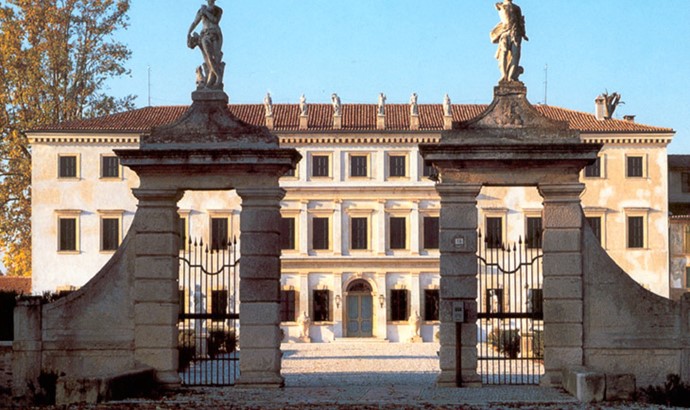 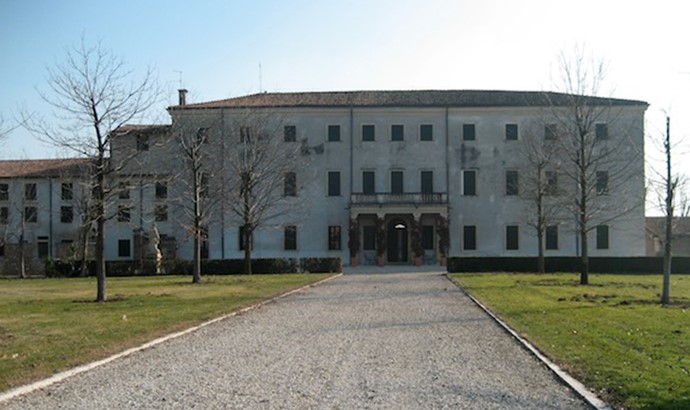 Villa Pindemonte Rezzonico was built in 1742 for the Pindemonte family by the architect Alessandro Pompei.

The estate was then acquired by the Rezzonicos, and later by the Castelbarcos.

After being used exclusively for farming activities, this Venetian Villa has recently been restored by the new owners, who have also opened it to visitors.

The Villa is found at the end of an avenue lined by hedges and statues, which is accessed through a majestic gate where two pairs of ashlared pillars are surmounted by a complex transom supporting a statue on a pyramidal pedestal.

The facade is enhanced by six statues by Lorenzo Muttoni.

In the ground floor halls, frescoed ovals portraying imaginary buildings have recently been discovered on the ceiling's painted beams.

The park features a private chapel restored in 1882 in a Neo-gothic style.