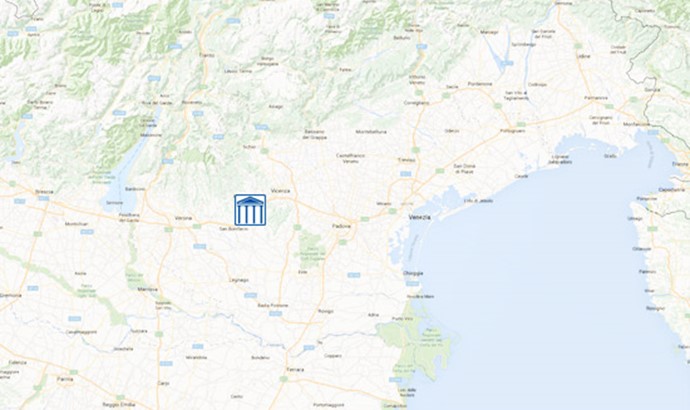 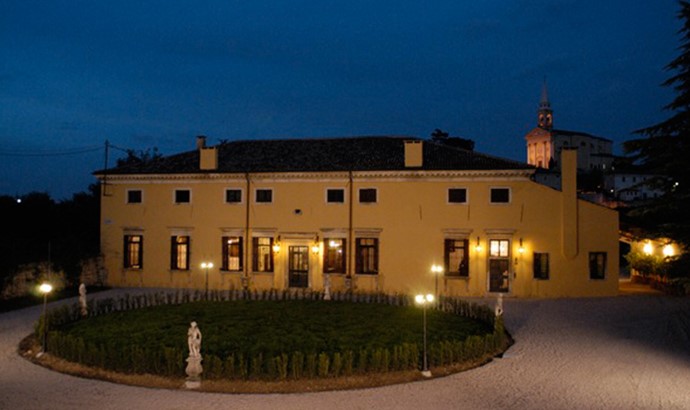 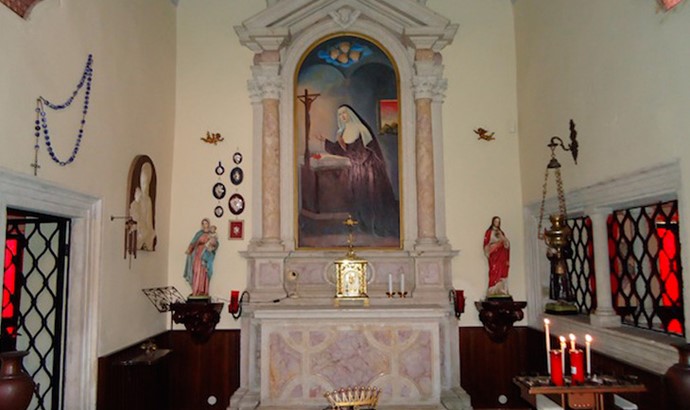 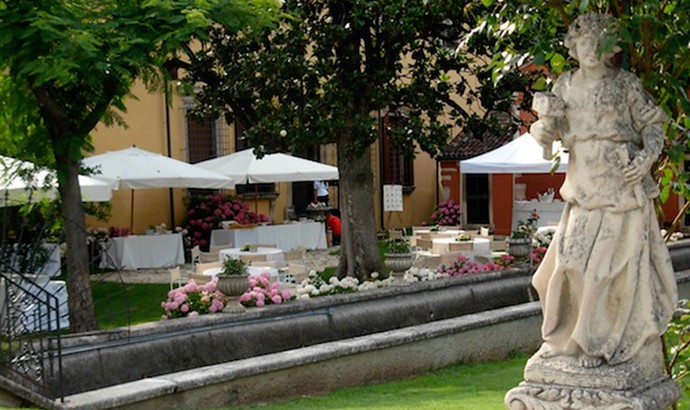 Originally built in the early 16th century, Villa Manzoni Valcasara is believed to be the work of Anonio Francesco Olivero, a disciple of the architect Michele Sammicheli from Verona.

According to the scholarship, the frescoes in the main hall – depicting women, putti, ornaments and flowers – can be attributed to Paolo Caliari, also known as “Veronese”.

The rural buildings, visible from the front garden, are decorated with imposing embossed columns that are based on ancient Roman models revisited by Sammicheli.

The estate also includes a family chapel, dedicated to Saint Rita, which is still in use.