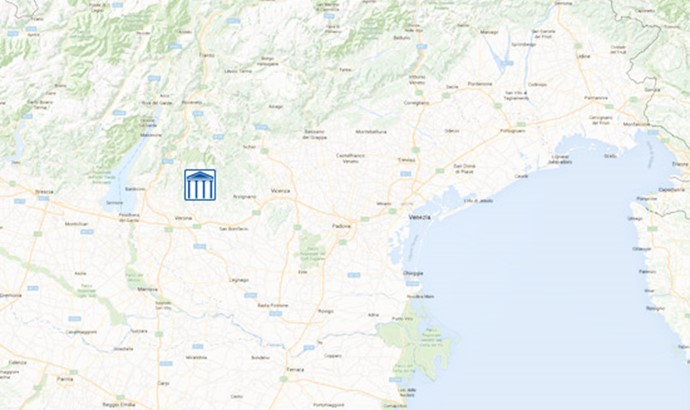 Villa Bevilacqua Lazise Giusti, known as the “Red Palace” – “Palazzo Rosso”, is a 16th century Venetian villa in the heart of Valpantena.

The palace, built in 1580 by Gerolamo Giusti, eventually became the property of the Bevilacqua Lazise family. This mansion is a small but elegant building with an uncommon reddish-brown facade, from which the nick-name of the villa, “Red Palace” – “Palazzo Rosso”, derives.

All the rooms are decorated with frescos, many of which date back to the late 16th century and some of which are attributed to Bernardino of India.

In 1922 at the demand of the Cometti family, the Villa was restored by the painter Angelo Zamboni, who (recuperated) restored the original frescos and painted most of the hall on the lower floor with landscapes and scenes of the valley.

Today the “Red Palace” can be visited from May until October, whilst the left wing of the Villa, in the ancient times used as hayloft, hosts the bed & breakfast Corte Palazzo Rosso, where the ancient charm of the palace can be experienced.